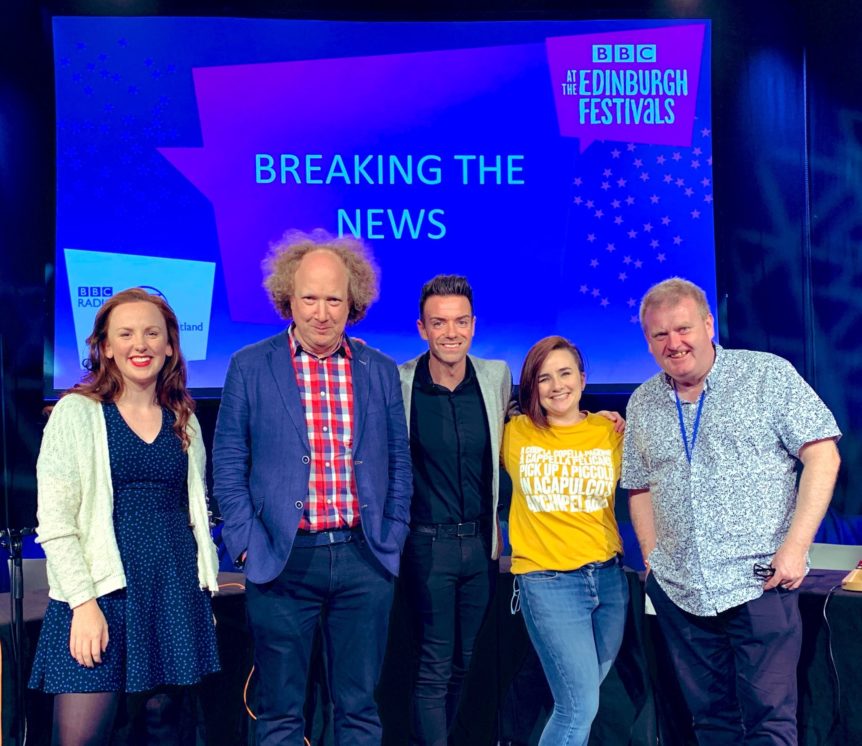 2019 has proved a landmark year in the history of comedy panel show Breaking The News. As well as securing it’s 4th consecutive Scottish Comedy Award, BTN has now made the leap from radio to television.

It now finds a home on both BBC Radio Scotland and the BBC Scotland TV channel. As host of the hit show, Des called this “exciting times for Breaking The News and a fantastic platform for Scottish comedy.”

Catch up with Breaking The News now on BBC Scotland and the BBC iPlayer.