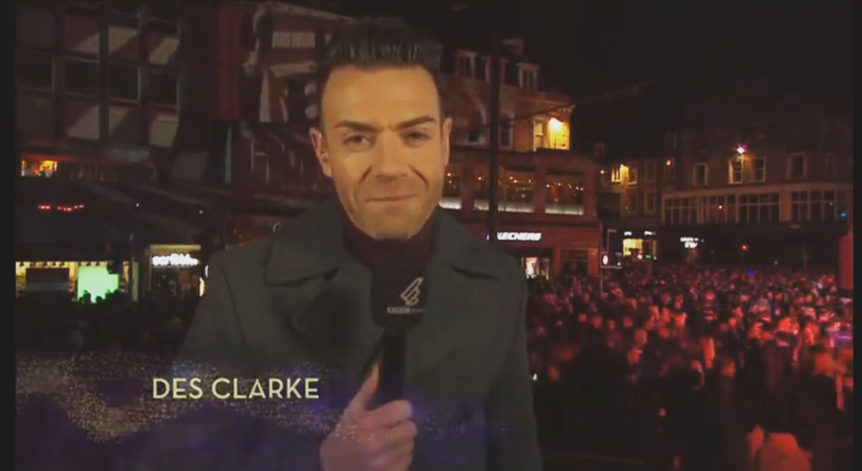 It was a Happy New Year for Des as he fronted Scotland’s biggest broadcast of 2019 – and so far 2020. At its peak, coverage of BBC1’s Hogmanay Live topped over 1 million viewers as Des counted down to midnight from the heart of Edinburgh.

Des described fronting the Hogmanay coverage as a “dream come true”. Adding that he was “delighted so many viewers were able to join the party!”